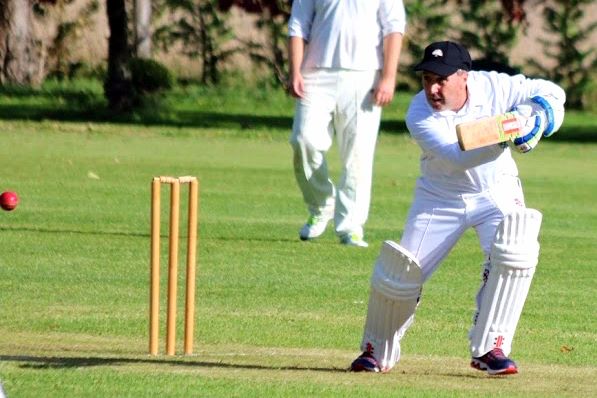 Back in the Game: Indoor Cricket Legend Robbie Kerr Gears up for Over-50s Cricket World Cup

The old saying goes “never say never”, and perhaps an extension of that would be you’re never too old to play the game. And so it appears almost serendipitous that one of Wellington Cricket’s legends, Robbie Kerr, will step back onto the field for the first time in over 20 years to be a part of the New Zealand’s Over-50s World Cup team, the GreyCaps, at the inaugural Over-50s Cricket World Cup, which will be staged in Sydney, Australia commencing this Wednesday.

The idea of playing outdoor cricket again on such a stage wasn’t even on the radar for former Wellington first-class player and New Zealand Indoor Cricket captain Kerr. His involvement these days is limited to playing in and managing the ever-popular Last Man Stands League (eight-a-side T20 competition) in the Wellington region, where he opens the batting with former New Zealand player Sunnie Chan. However, due to there being no over-50s cricket leagues in New Zealand (an over-60s cricket league exists, including an annual national championship) and a dearth of competitive players to make up the 16-man squad, an offer came calling from an old friend.

“I sort of got roped into it. I went on a trip with a number of old mates earlier in the year, and played a few games then. Richard Petrie (former New Zealand International who played 12 ODIs) who is a good friend of mine, said the team were short of a wicket-keeper and that I should give it a go”, said Kerr. “New Zealand were simply trying to fill a side, compared to the likes of England and Australia who have established, competitive leagues at this age grade. At first I thought it was a strange idea since I hadn’t played competitive cricket in over 20 years! But it certainly grew on me and I see it as a great opportunity in a number of respects. We have a lot of ex-first-class players in the squad, a lot of guys I know and have played against, and we are really looking forward to giving it a crack”.

A fantastic tournament ahead

The tournament will be contested by eight countries –  with Australia as hosts joined by England, Wales, Canada, Sri Lanka, Pakistan, New Zealand and South Africa. Each team will play each other once during the round-robin phase over the next two weeks with the top four advancing to the Cup semi-finals and the bottom four contesting the Plate championship. The first round of matches commence on Wednesday 21 November with the final being played at Drummoyne Oval on 5 December. Entry to all matches are free.

Kerr sees the tournament as a fantastic concept in this respect. “The fact they have been able to get eight teams together for this tournament is just wonderful”, Kerr noted. “Our captain Nigel Fletcher and manager Jim Morrison have a put a lot of time and effort into this. They are looking to build the domestic circuit for over-50s and really get this going in New Zealand. I guess that way when the World Cup comes around next time this is something players can build and work towards. Besides that, it brings like-minded people together, with a good excuse to meet, keep active and fit at the same time”.

“A bit of a marathon”

Whilst the notion of the tournament is very encouraging, Kerr knows challenges lie ahead in the way of playing seven matches over a period of two weeks, and then getting up for finals thereafter. While he is a relatively active and fit 52-year-old, Kerr is conscious of a big work load over the coming weeks.

“Hit the nail on the head there. It is a bit of a marathon and the challenge really will be to keep guys fit and healthy by the back-end of the tournament, and hope you have 11 at the end of it!” Kerr said. “I am surprised about the length of the matches, being 45 overs each. That’s essentially a full day’s play, which will be quite taxing on the body. It is different to the indoor tournaments I have played as obviously they are shorter matches and therefore allow more time for recovery”. Friday and Saturday are designated rest days for both weeks as the grounds are assigned to domestic teams for use on these days, which should help somewhat for the recovery of the players.

A pedigree of high calibre

Kerr is a legend of Indoor Cricket in New Zealand, having first made the New Zealand Open Men’s side in 1985 aged just 18. He went on to become a very young captain of the side in 1987 and played until his retirement in 1998. He played in the first two Indoor Cricket World Cups (1995 in Nottingham and 1998 in Melbourne) and was known as one of the best wicket-keepers to play the game, but also one of the first to pioneer the use of just one glove whilst keeping.

His pedigree in outdoor cricket is just as impressive, having played five seasons for Wellington, where he batted in the middle-order. He played seven first-class matches and 52 List A one-dayers from 1993/94 to 1997/98.

The talent for cricket most certainly runs in the family. Robbie’s wife Jo played for the Wellington Women’s side around the same time Robbie did for the men, whilst their daughter Amelia, who just turned 18, is a rising star in the White Ferns team and highly regarded around world cricketing circles, currently in the Caribbean for the Women’s T20 World Cup. Her older sister Jess plays for the Wellington Blaze and both sisters have featured for New Zealand age-group sides at the 2012 and 2015 editions of the Indoor Cricket Junior World Series. Their cousin, and Kerr’s nephew, Micah Conroy was the captain of the victorious New Zealand 17 & Under Boys side who captured the Junior World Series title in Christchurch last month, to go with his award as MVP of the grade. Kerr was present for part of that tournament to support Micah and the teams, and also commentated in some matches.

Since his retirement he has been involved in a variety of other interests including coaching the Wellington Blaze Women’s team and working as the high performance manager for Cricket Wellington. He did make a comeback for the New Zealand Masters side and recently played in the Over-50s grade at the Indoor Cricket Masters World Cup in Birmingham back in 2016. However, his return to the cricket field is an altogether newer proposition.

Mounting a serious offense for the title

The team played a three-match series against Australia back in February, squaring that series one-all with one match being rained out. The squad was named back in April and includes a number of former first-class cricketers, not to mention high level club and district cricketers, many of whom are still actively playing. Kerr has played with or against a number of the other players in the squad which include some former New Zealand indoor team mates in Lincoln Doull (former New Zealand international Simon Doull’s elder brother), Mike Jamieson and David Fulton.

“I wasn’t involved in the Australia series as I came on-board after that, but the team has been working hard and is taking this very seriously”, said Kerr. We had a training camp in Auckland in September and had an Australian club side tour New Zealand and play some matches against us earlier this month, which allowed us to get some match practice in. Having been in the set-up for a bit of time now, I can say the batting and bowling is still at a good level. I think the fielding will be the more difficult aspect”.

Kerr’s own form is also starting to pick up after returning to the crease. “I’m feeling pretty fit, hitting plenty of balls. I scored a 50 in one of the matches against Riverina so was happy to get some runs. It’s just an adjustment with a few things – working out what it feels like, building communication at the crease, calling and running between the wickets; it takes some time” said Kerr. “The keeping aspect has been fine. I’ve been playing a bit of the Last Man Stands league and keeping to Sunnie (Chan) who still seems to bowl around 130kph so I think I’m feeling well-equipped! But everyone has worked hard, a lot of guys are still actively playing cricket and there’s a good amount of experience in this side”.

New Zealand is expecting this to be a tough competition with the likes of Australia and England leading the way with the established over-50s leagues in their countries. “England and Australia definitely have the numbers in terms of players actively playing in those leagues, so I expect them to be strong”, Kerr exclaimed. “I don’t know a lot about the other countries but social media pages have profiled a number of their players in the lead-up to the tournament and as with our side, they contain a number of former test and first-class players”. The likes of former Pakistan international Ijaz Ahmed come to mind in this respect.

New Zealand has also procured some generous sponsors for the tournament including their primary sponsor Forum8 in addition to Kookaburra, SafeWorx, LineBreak and IC Sports Therapies (there would be no doubting that team physio Nicki Cooke will be kept quite busy over the next couple of weeks). “One of the players works for Forum8 who are our main sponsor, which is great. Kookaburra and the rest have also provided us with gear and other apparel. And New Zealand Cricket have also provided us with playing uniforms and gear. It is fantastic to have that sort of support behind us”. There is also another link to New Zealand Cricket as their General Manager of Community Cricket, Adrian Dale, a former stalwart of English County side Glamorgan, is also in the squad.

And as for whether he might take to the indoor courts next year in South Africa for another tilt at a Masters World title? “I’m probably done with indoor cricket. I would prefer continuing that effort with my girls. I still keep in touch and watch it. But, you never say never”.

New Zealand’s first fixture is against Pakistan on Wednesday.

For all updates and news during the tournament, you can visit the following pages: