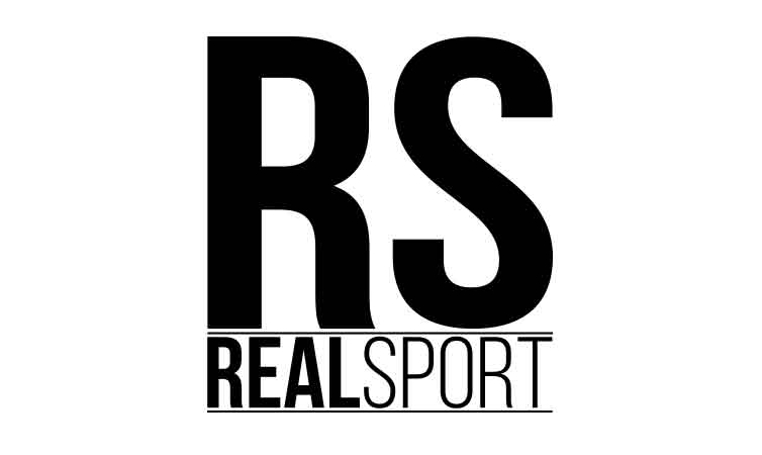 Indoor Cricket: Building for the Future

The New Zealand Indoor Women's Team are rising to the challenge of a World Cup on foreign soil. Ahmad Khawaja spoke to their coach, Mark Cini, about their preparations.

It’s an exciting time for women’s cricket. The level of exposure the sport has attained the last couple of years has been incredible and showcased some of the outstanding talents out there, so much so that is becoming a genuine working profession for some players. From major ICC global tournaments to the Women’s Big Bash League, it is thriving.

It reminds me of where some players started out, in the confines of the net of their local indoor centres, even representing their country before taking off for the big stage. And even more so, indoor cricket continues to build in New Zealand under the direction of women’s coach Mark Cini.

An Australian turned Kiwi, he has been involved in the sport for over 35 years and is heading into his eighth World Cup this week as a player or coach (with six silver medals to his credit reflecting his level of success). Within his vast experience in a coaching capacity, he has overseen several New Zealand teams and the Singaporean side in 2014.

In the last few years, he has coached the Canterbury (Provincial) Men’s team and last year turned his attention to overseeing the New Zealand Women’s side. He has a pivotal role in the management at Indoor Cricket New Zealand and owns one of the Action Indoor Sports Franchises, a large proponent of indoor cricket in New Zealand and overseas, alongside his role as Commercial and Marketing Director at Canterbury Cricket.

His strategy for the team is longer-term—he wants 18 to 24 months to get them to the direction where he wants to go. In the build-up to the tournament, I spoke to him about the Women’s side.

AK: “How is the team going with their preparation? How have you been training them?”

MC: “We have had training Camps in Christchurch and Auckland. These have consisted of two 2-day camps and two 1-day camps. It has involved a number of different aspects including boxing, speed work, step walking, running work, motivation, batting plans and bowling plans.

“I have also overseen the batting sessions for the Under-22 girls and been to Nelson, Wellington and Northern Districts (provinces) to coach the girls up there.

“We will have four sessions upon arriving in Dubai too—batting, bowling, fielding and strategy.
In terms of training, another aspect is letting them play their style of cricket and then educating and coaching them in that respect. You start on a better level that way.

“You acknowledge that players have limitations and they have to play within them. For example, not everyone will be able to play a perfect down-up (representing a stroke played into the ground and reaching up high into the net to evade the fielders), so you don’t force them to learn it. In a game situation, attempting to utilise a stroke they are not comfortable with like that will not serve them well. Some players will excel at some areas and maybe not in others. That’s how you can build the strategy around a side.”

AK: “How have you developed the culture within the side?”

MC: “Two simple points I have identified to start with. One; for myself, to be a better coach. Two; for the team, to be better players.

“It’s simple in premise and is reflective of the change in our thinking. There has been a cultural shift in recent times. I believe that great players need to have great buy in, and we are trying to build the culture that way.

“One of those things is letting players play their natural game. Just letting them have a go in the way they compete on the court. There is no point in coaching out the flair in players.

“The girls have been looking at the Australian team, and trying to copy that style. It hasn’t worked so much so that Australia are a brilliant team, and to get to that level, you need to learn how to undertake each discipline competently first. For example, instead of looking to hit a down-up every ball, focus on how to bat first, how to communicate with your partner first etc. It’s about getting the girls to embrace the change in that concept.

“It’s a longer-term strategy. I would like 18-24 months in order to get them to where they want to go in terms of the team direction.”

AK: “How does the team look compared to the last World Cup? Are there many outdoor players?”

MC: “There has been a bit of a change and obviously we don’t have some of the girls who are playing for the White Ferns (see below), but in saying that the core of our squad have played at international level, and there is quite of bit of experience to fall on, both from an outdoor cricket and a leadership perspective. Our highest capped players have played 10-11 matches by now.

“As examples of their outdoor prowess, Victoria Lind recently retired after previously captaining the Auckland Hearts (Women’s Provincial team), Regina Lili captains Samoa (as well as being the New Zealand captain), Jess McFayden and Rebecca Burns play for the Wellington Blaze and Jacinta Savage for the Canterbury Magicians.

“The girls were better for the exposure they received at Port Macquarie last year and this has held them in good stead over the past several months.”

AK: “Have you had the availability of all players? Were there any White Ferns in the mix?”

MC: “We’ve got a great squad given the resources available. We have had some really good players represent New Zealand at indoor that have gone on to play for the White Ferns including the likes of Amy Satterthwaite, Lea Tahuhu, Tamsyn Newton, Holly Huddleston and Amelia Kerr (all current White Ferns players).

“At the time that the squads were being selected the White Ferns were on their way to the World Cup in England. Some players have stayed on to play the Kia Super League (Women’s T20 Domestic Tournament) such is how women’s cricket has exploded, and by the time they would return, there wouldn’t be enough break time to allow adequate preparation for the tournament. And the Women’s Big Bash League commences in Australia in December.

“There is a very good working relationship between the White Ferns and Indoor Cricket New Zealand and we are both very supportive of players utilising their talent in their cricketing pursuit. Haidee Tiffen (former New Zealand captain, now current White Ferns coach) has also been involved on occasion.”

World Cup in the U.A.E

AK: “How do you see New Zealand performing at the tournament? What are your expectations?”

MC: “I think if we get it right, then a top 3 finish is not out of the question, and that to me, would be an outstanding result. Obviously, it’s cliché to say one game at a time, but that’s how we have to approach in these circumstances. A semi-final appearance is not beyond us.

“We have some good, experienced players in this team, some that are really at the top of their game. It’s different from the Port Macquarie (New South Wales, series against Australia in 2016) where we had no fewer than seven players on debut.”

AK: “How is the team looking at the challenge of playing in the UAE?”

MC: “It is great to be showcasing that side of the world. It’s exceptional for world indoor cricket.
It will be a great education and experience for the team. One of the greatest challenges the women will face will be making sure they are in a good physical state. That is taking into account the heat and dehydration, and level of air-conditioning available to them in and outside the sports centre.

“Another non-tangible aspect is also respecting the culture over there – what to do, how to act, what to wear. That would be in the team environment outside of games and our hotel etc. Asia, in particular, the Middle East, holds many different, sometimes more conservative customs, which we need to acknowledge.”

AK: “Are you expecting it to be a bit more difficult on a generally new surface? Most indoor courts are well worn unless the stadium is new. That might take some adjustment coming over a few days before the tournament.”

MC: “I expect that to be a bit of an adjustment. However, we had brand new court and new nets installed in May at Hornby (centre in Christchurch that he owns). That has helped us in the past few months and therefore we will be accustomed to the newer turf in Dubai.

“A par score in the women’s game is around 80-100. If we can bat smart and chase smart then that is well within our reach. We have good variation in our attack and fielding which is where our strength lies. However, chasing over 120 would be very difficult.”

AK: “What other teams are you expecting competition from?”

“We have done some work on the South African, Malaysian, England and Australian teams.

“Australia is a class above the rest. When you have the likes of Jude Coleman, Dulanne Carlson and Nicole Martin in your team, that is exceptional. They are highly skilled, highly proficient in what they do and they play a lot. There are a number of players from their previous World Cup squad in there. They pose a very, very tough challenge.

“Malaysia became a WICF (World Indoor Cricket Federation) member eight months ago. The English have some good players, and of course, South Africa have a good unit (they made the final of the Ladies Over-35s division at the Masters World Series in Birmingham last year).

We have looked at a number of videos of teams and looked at several score sheets of matches which is as much as you can do at this level, from the resources available. It’s about being consistent and setting out those plans for those teams, or targeting specific players and executing those plans for them.”

MC: “Definitely not. It’s a big commitment to travel over for the tournament and each player pays approximately $6,000 themselves to accommodate this. That is the downside of the sport being player funded. However, it means the girls are more committed to training and preparing accordingly.

“Players have made crowd funding pages, alongside other activities such as social events and raffles, in order to raise to raise funds.”

AK: “Are we moving ahead with indoor cricket?”

MC: “It will take time. We are currently undertaking a review within the cricketing environment in New Zealand, in order to understand indoor cricket better and where it sits.

“As with anything, this will take time, before it is rubber-stamped as such and any initiatives can be put into place. Investment, as you know, is a major factor and will be required, to help proceed.
I still see a lot of young males and females very keen on the sport. Still engaged and enthusiastic.

“Women’s cricket is exploding with the likes of the WBBL and Kia Super League. It has provided a very solid avenue for those high performing individuals and the exposure they are getting these days is fantastic. It is really being capitalized on. For us to be able to get players on the court, used as an avenue to catapult them to success as White Ferns would make us very happy. We have some very exciting prospects amongst us.”

Indoor Cricket: Building for the Future