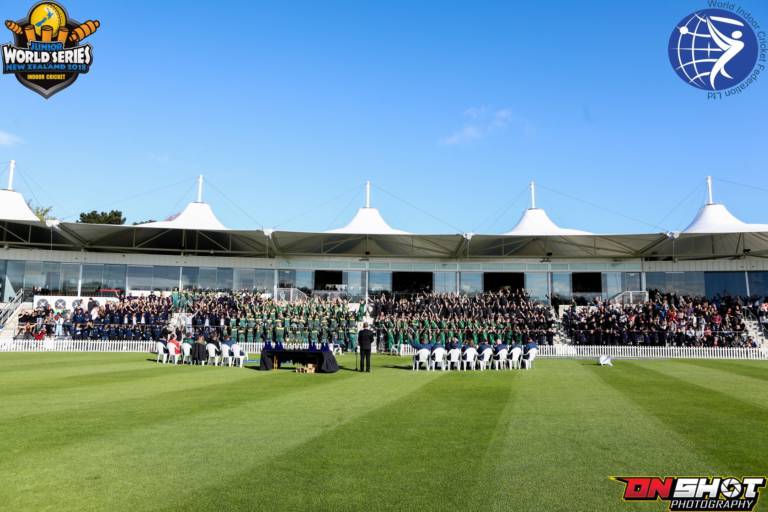 During the closing ceremony of the WICF Junior World Series, held at Hagley Oval, Christchurch last Saturday 6 October, announcements were made by the WICF regarding the countries awarded the rights to host future World Indoor Cricket tournaments over the next tournament cycle:

The Indoor Cricket World Cup will be held in 2020, to be hosted by Australia. As with the previous World Cup in Dubai in 2017, the tournament will include the Open Men’s, Open Women’s, 22 & Under Girls and 22 & Under Boys’ grades respectively. The host city was not announced and is yet to be confirmed at this stage.

JWS tournament director Mark Cini welcomed the announcement of Australia hosting the tournament, especially since the World Cup could potentially overlap with the T20 World Cup for outdoor cricket which will also be held in Australia in 2020.

“It’s a fantastic opportunity. We are not sure of the dates as of now but given both World Cups will most likely be held in that September/October period, they may well overlap and that would be massive in terms of the marketing potential for this tournament”, said Cini. “Not only will Australia put on a great show, but there is an excellent chance to showcase indoor cricket to the droves of fans who will come over to watch the T20 World Cup at the same time”.

The next Junior World Series event will be held in South Africa. With the announcement having just been made, the grades have not been confirmed as of yet, but are unlikely to differ from the those played in the tournament held in New Zealand over the past week. As with the Indoor Cricket World Cup, the host city was not announced and is yet to be confirmed at this stage.

“South Africa have put on fantastic tournaments before and I am sure they will continue to do so when the tournament is hosted over there in 2021”, said Cini. “They have the Masters World Cup being held in Cape Town next year and they are deserving of hosting two major tournaments over a three-year period. We are looking forward to the next Junior World Series and seeing the future stars of this sport continue to raise the level of excellence on and off the court, just as they have done over the past week here in New Zealand”.

Exact dates and timing for the tournament will be confirmed in due course.