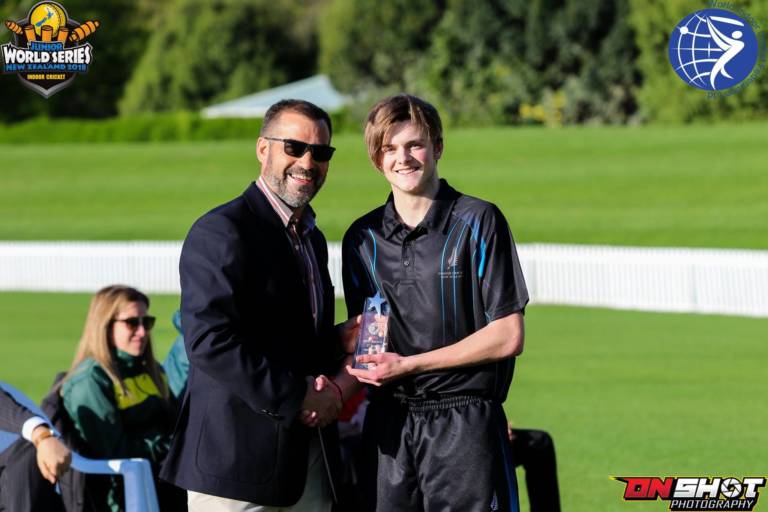 Following the successful completion of the grand finals of the tournament earlier in the day, the closing ceremony and presentations were held at the Hagley Oval that evening (last Saturday 6 October). The ground plays host to international and domestic cricket in the Christchurch and Canterbury region and is regarded as a premier international facility for cricket matches.

During the ceremony, which played host to 750 people including teams, coaches, managers, officials, parents and spectators, the following awards were presented:

Five awards were given out to one player from each country, who had displayed a number of traits throughout the period of the tournament, during and before, that were befitting of the title of Junior Indoor Cricket Ambassador for the sport.

A panel of officials selected the players based on a number of characteristics including playing ability, respect for the environment they played in, team ethic and commitment, and the way they conducted themselves at all times. The following players were awarded the ambassador awards: