Ahmad Khawaja The Board of Directors of Indoor Cricket New Zealand are pleased to announce the New Zealand Over-35 Men’s team selected to compete in the 2019 WICF Masters World Series in Cape Town, South Africa this October. The team announced is as follows: Number Name Province Notes 1 Darrin Crook Auckland 2 BJ Crook

Ahmad Khawaja As announced on Radio Sport New Zealand yesterday, the Board of Directors of Indoor Cricket New Zealand are pleased to announce the New Zealand Over-40 Men’s team selected to compete in the 2019 WICF Masters World Series in Cape Town, South Africa, this October. The team announced is as follows: Number Name Club

Photo Credit: On Shot Photography By Ahmad Khawaja The Board of Indoor Cricket New Zealand have confirmed further coaching and manager appointments for the Women’s Over-30 side at the Masters World Cup in Cape Town, South Africa in October whilst the Under-22 Boys and Girls teams have had their own coaching staff bolstered as they 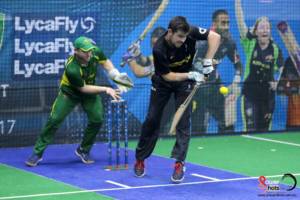 Photo Credit: Powershots Photography The Board of Directors of Indoor Cricket New Zealand are proud to announce the New Zealand Open Men’s Squad selected to compete in the World Indoor Cricket Federation (WICF) Asia Cup tournament, to be held in Singapore from April 4th-7th 2019. New Zealand will compete alongside the hosts Singapore, India, Sri 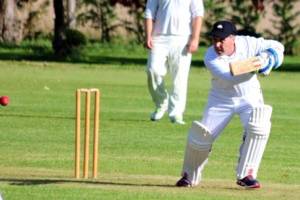 Back in the Game: Indoor Cricket Legend Robbie Kerr Gears up for Over-50s Cricket World Cup

Photo Credit: New Zealand Over-50s Cricket Team – Facebook By Ahmad Khawaja The old saying goes “never say never”, and perhaps an extension of that would be you’re never too old to play the game. And so it appears almost serendipitous that one of Wellington Cricket’s legends, Robbie Kerr, will step back onto the field 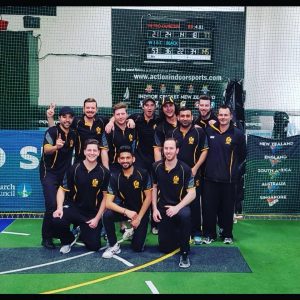 It was an exciting finish to the 2018 ICNZ Club Nationals from Christchurch as the tournament concluded on Sunday. Champions were decided in the Premier Men’s, Open Men’s, Masters Over-40 Men’s and 21 & Under Boy’s grades. The Premier Men’s grand final between Hutt Valley and Palmerston North Indoor Sports Association (PISA) saw a thrilling

The following were the results and standings from Day 2 of the 2018 ICNZ Club Nationals in Christchurch. Finals matches (quarter-finals, semi-finals and grand-finals) take place across all grades at the Action Indoor Sports Hornby Centre from 8.30am tomorrow morning. Here is how things panned out on Day 2, with a look ahead to the

Day 1 of the Club Nationals Tournament from Christchurch has concluded, with a number of teams making some strong impressions and others with work to do. Here are the results and standings from each grade: Premier Men’s: Teams were split in groups of three in the nine-team competition (groups A, B and C), playing each

Preparations gear up for Club Nationals Tournament next week

By Ahmad Khawaja Christchurch is gearing up for the hosting of its first Club Nationals tournament since 2009 next week, with the tournament set to kick off next Thursday 13th September up to the finals on Saturday 15th September. A record 40 teams have entered into grades featuring the Premier Men’s, Open Men’s, Over-40s (Masters) 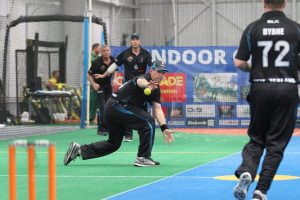 By Ahmad Khawaja It continues to be a busy period of indoor cricket for the Christchurch and Canterbury region, with the announcement by the ICNZ Board that the city has been awarded the rights to host the Trans-Tasman series between New Zealand and Australia, which will take place in September 2019. It is more welcome